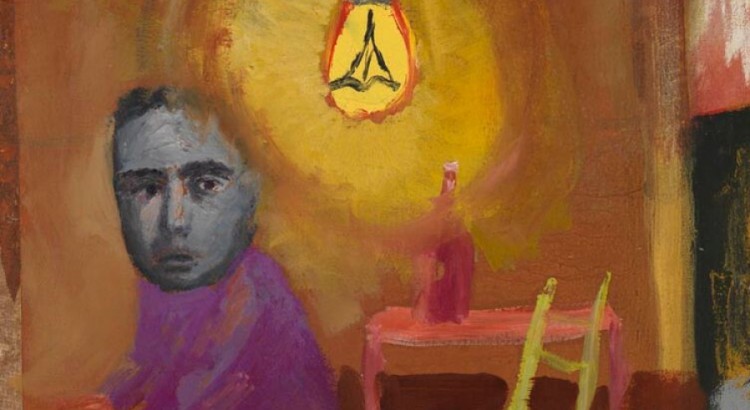 Published in AnalyzeGreece! on September 17 2015

Those who in the past few weeks are attempting to evaluate SYRIZA’s time in government whilst rejecting its pro-memorandum turn, are by definition asked to answer a thorny question: was Tsipras’ capitulation to the creditors a result of breaching the party’s electoral programme, or should we instead consider whether, apart from everything else, SYRIZA’s political plan was wrong? This matter does not only relate to theoretical accounts of everything that happened, because, based on the answers given, different political outcomes obtain regarding  “what comes next”.

Where the troika did not meddle

I think it’s difficult to deny that basic aspects of SYRIZA’s programme were ignored by the government. Even if we accept the creditors’ blackmail as an  excuse (or alibi) as regards economic policy, then what can be said about those areas that were not affected by the negotiation? It was certainly not Schäuble’s fault that in the 7 months during which SYRIZA (with a bit of ANEL –Independent Greeks– thrown in) no institutional reform took place to limit police arbitrariness, democratic reforms in education did not happen, civil partnership for same sex couples was not put into law, Skouries did not close, no institutional framework for the social economy was put forward, no big success was recorded on the front of the illicit fuel trade, church property was not taxed, the Lipasmata (fertiliser) factory [1] was not handed over to the citizens of Piraeus. SYRIZA had spoken about all of those, yet the government did not go ahead and do them, despite them not being of concern to the troika. That’s not to say that other important advances were not made, such as the programme for the humanitarian crisis, or the handing of citizenship to Greeks of migrant origin. However, it’s fair to conclude that while the government wanted to move in a leftist direction, it was scared of confrontation with big interests and pockets of social conservatism.

In addition, while the importance of public participation was central to both the programme and the public discourse of SYRIZA, the government did very little to minimise the distance between citizens and the centres of decision making power – with the exception of the Referendum (5.7.), no heed of which was taken in the end. To be precise, however, we must pay attention to the fact that despite its members’ mass presence in social movements, SYRIZA, as a whole, referred more to public participation than actually promoted it. In spite of all declarations, therefore, the SYRIZA government did not “open up” the government process, it did not even consider institutions of wide deliberation and participatory democracy, it did not trust people (particularly young scholars) outside of the party apparatus and the political system, who have the will and the knowledge to help. In short, as regards the way of doing politics, very little changed.

To the issues at stake in the negotiation

If we now get into the hard core of the issues at stake during the negotiation, we will find that there too existed moves that were included in the negotiation, but which ultimately were not made – I mean here that they were not made prior to the final capitulation of voting the Third Memorandum into law.  The government would perhaps have greater control of the banking system if it hadn’t placed people of the pro-memorandum establishment as managers – that is to say your enemies usually have no reason to be helpful. Moreover, the economy would probably have been better off, as would the government’s negotiating power, if the halting of debt repayments had occurred before state deposits were at their lowest. Finally, reinstating collective labour agreements would establish and broaden the social coalition that brought SYRIZA into government.

However, I have the feeling that if we only consider the breach of the programme, we will only be telling half the truth. Because the central idea of SYRIZA’s political proposition, that it is possible to combine remaining in the Eurozone with ending austerity, was founded on three basic assumptions which were rendered false during and, mainly, at the end of the negotiation.
SYRIZA’s three assumptions

First assumption: Europe’s political tradition and its democratic acquis would make mandatory (to a degree) the respect of the expressed will of the Greek people.  In reality, what happened was the exact opposite. The will of the Greek people, which was expressed in the election as well as (much more strongly), in the Referendum, was not only not respected, but in effect was violated, as the imposed agreement moves in exactly the opposite direction. Under the pretext of respect for European rules, EU policy makers stubbornly insisted on (and ultimately imposed) the fact that there is no room within the Eurozone for an alternative policy. Already from February, Juncker was as clear as he could possibly be: “If today we did everything the Greek government asks for, with every detail I mean, and if tomorrow when the Finns are voting and when the Spaniards, who are voting in the autumn, we were to change our policy, must we change our policy every time there is an election? Must we now think that Treaties are no longer Treaties and that rules are no longer rules, because there was an election? Therefore, what I’m saying is that we cannot change rules or Treaties every time there is an election. But we must take account of the electoral result”. In today’s Europe there is no room for democracy because democracy can be a threat to the regime of austerity and neoliberalism. The will of the Greek people was meant to be stamped upon so as not to cause a crack to the Eurozone edifice, a crack which would serve as a political counterexample of Europe-wide scope.

Second assumption: Creditor pressure would not go beyond a certain degree of intensity, as required by friendly relations between allies and partners. In fact, the exact opposite happened. A relentless economic war was waged against Greece. From lifting the waiver on Greek bonds, to funding Greek banks through a drip via the ELA, then freezing the ELA and imposing capital controls, the Greek economy suffered real fiscal strangulation, the ultimate goal of which was the government’s submission to the creditors” demands.  The pinnacle of economic war was the threat to withdraw ECB guarantees, which would lead to the collapse of the banking system and to disorderly default. Ultimately, Greek society was threatened with an extended humanitarian crisis. That is to say, the creditors’ stance towards Greece was that towards a country at war, not a “partner”. We must highlight that economic strangulation was the result of political decisions with targeted (political) goals, and not the result of market reaction or the reaction of other economic stakeholders. In modern Europe, economic strangulation and the imposition of default are the continuation of politics by other means and there are no «easy» solutions for ending austerity.

Third assumption: The ceasing of payments and the threat of Grexit would cause unrest in the financial markets, which would act as a means of exerting pressure so that the creditors could accept a compromise. In fact, neither the markets nor the Euro encountered any turbulence even when the IMF was not paid, the banks closed, and NO proudly won in the referendum. It was proven that the creditors” side, apart from making large sums available in order to keep the markets stable, had taken enough measures to guard itself (converting Greek debt into a transnational one, restructuring the banking system, quantitative easing) against “Greek contagion”. The fact that the SYRIZA government was not prepared enough and determined enough for a Plan B cannot explain the stability of the Euro and the markets. Besides the fact that no one was certain (especially in the week of the referendum) about what exactly Tsipras was aiming for, when the banks closed we entered the «Graccident» zone, whereby an implosion could take place without anyone aiming for it. Moreover, what was considered to be the ultimate negotiating card (that is, Grexit), was a threat only for part of the creditors, while for others still it was part of their plan – and continues to be even now. Since the markets and the Euro remained stable, the Greek government had no means of exerting pressure on the creditors – the geopolitical position of the country being an exception. SYRIZA espoused a tough negotiation which proved to be impossible.

Starting again from the middle

The government’s failure to achieve even a tolerable agreement is the defeat of the entire strategy. Alexis Tsipras’ and the SYRIZA leadership’s decision to fundamentally accept defeat and to render the Third Memorandum the horizon of their policy, will unavoidably lead to the party moving to the centre-left and will further discredit politics – we are already seeing this during the election campaign.

However, we cannot fail to take note of the fact that the defeat of SYRIZA’s strategy renders unrealistic any other strategy suggesting “easy” solutions, any strategy that favours “representation” of the electorate over societal organisation so that it can resist memorandum measures today and withstand a new economic war tomorrow.

The necessary new beginning cannot wash over everything that happened during the past nine months. As Deleuze once wrote (and as Daniel Bensaïd never tired of repeating), we are not starting again from the beginning. We always start again from the middle. Rich from experience and the lessons of defeat, we will therefore start again with the knowledge of the impasses and with the passion of 5th July, which proved that everything is possible – even things we do not dare to imagine.

Yannis Almpanis
NOTES
[1] “Lipasmata” is an abandoned fertilizers’ factory (and the surrounding area) that the citizens of Pireus demand to be transformed to a park.